A Day In The Yukon- Dawson City

The first thing I need everyone to see is how far away I am from NYC. Please click on the link for a Google map I am Here Yup, if I drove the most direct route to Dawson City (which I did not)  it’s 3,988 miles from New York City!

You’re probably thinking “hhhmm Dawson City, that sounds familiar”  It should, it’s the site of the famous Klondike Gold Rush. Almost overnight Dawson City went from being a virtually unknown town to a place people were flocking to from everywhere. Gold was discovered here in 1896 by three men in extraordinary quantities: George Carmack, Tagish Charlie and Skookum Jim, they staked three claims before word began to spread.  News of the strike reached the outside world a year later  when several prospectors so loaded down with gold they couldn’t handle it themselves hit Seattle and San Fransisco, mass insanity ensued. The gold rush was on!

People dropped everything and headed for the Yukon. Doctors, lawyers, salesman, even the mayor of  Seattle, just left whatever they were doing and headed for the Klondike. Of the 100,000 people that tried to reach Dawson City, 35,000 actually made it.  Thousands froze to death that winter or starved.  When some of the would be gold-seekers did finally make it, they found most of the good claims had already been staked. Dawson City had one of the most infamous booms and busts in history.  From 1898-1899 hotels, restaurants, outfitters and brothels seemed to spring out of the ground.  The casinos and hotels were as opulent as any in Paris. The dance hall girls charged $5 a minute in gold dust for dancing (extra for slow dances). Bartenders put “stickem” on their fingers to poach a little dust and it was not uncommon for janitors who swept up the saloons at the end of the night to washout $50 from their sweepings!

In 1899, most of Dawson burned to the ground and at the same time word began to spread of a new strike in Nome.  Just as Dawson had emptied cities across the US, Nome emptied Dawson. By the summer of 1899, the 12 month golden age of Dawson was over.

Fast forward 110 or so years and Dawson City is experiencing a boom again, well it has for a while.  The history and its absolutely beautiful location on the Yukon and Stewart rivers make it a perfect destination for tourists.  A lot of the turn of the century buildings are still here (and being restored) as well as beautiful hotels, restaurants and vast amounts of hiking, interesting museums and the very well-known casino and dance hall named for one of Dawson City’s most infamous residents “Diamond Tooth Gertie’s” draws tourists from all over for their 3 nightly shows.

Oh and one other thing, there’s another gold rush on!  Gold hit $1,750 today a record and claims have been soaring the past few years.

Stakers filed a record 83,863 mineral claims in the Yukon in 2010 and the territory is well on its way to setting a new gold standard this year.

In the first three months of this year, when heavy snows in Yukon’s backcountry usually slow staking to a near halt, helicopters were busy in all but the worst weather, moving crews that staked around 33,000 new claims.

By some estimates there is $2 billion dollars in gold to be had, here’s a link to an article that provides more info and talks about Shawn Ryan who moved here 20 years ago to pick wild mushrooms and recently sold his gold exploration company for $7.5 million dollars. That’s a lot of mushrooms!   Once again, dreams of gold

So here’s all the cool stuff I saw in the last 24 hours in Dawson City, some related to gold and some not.  I wish I had a few more days here, but as usual I managed to pack in most of what I needed to see. Fortunately, since I’m so far North, it doesn’t really get dark until midnight, providing 18 hour action-packed sightseeing days. And people wonder why I travel alone 🙂 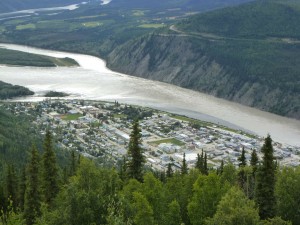 Photo Of Dawson City Taken From The Top Of The Dome Road. You Can See Where The Stewart And Yukon Rivers Converge 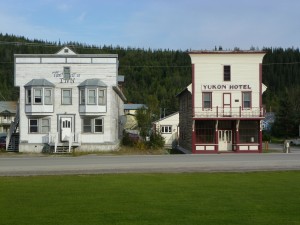 A Few Of The Historic Buildings. The Yukon Hotel Dates From 1898 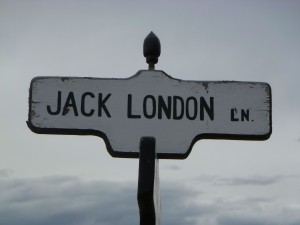 One Of The City's More Famous Residents 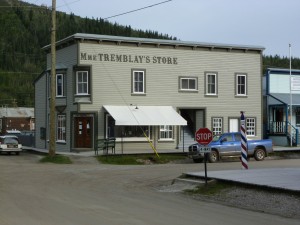 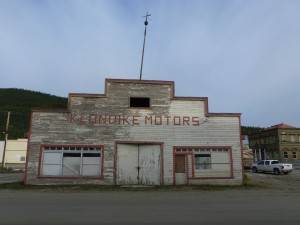 This Building Hasn't Been Touched Since The 1960's 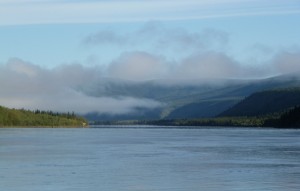 Morning Mist Over The Yukon 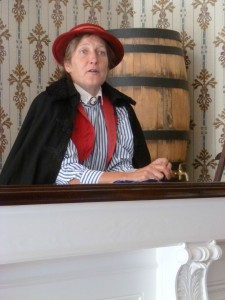 Sue, A Tour Guide In The City Gave One Of The Best Guided Tours I've Ever Taken. She Was Like A Klondike Lucille Ball 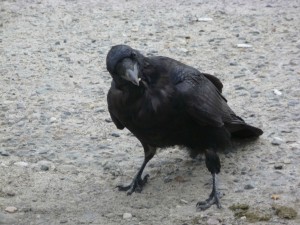 "Quoth The Raven Never More" It's The Official Bird Of The Yukon, And They're HUGE! 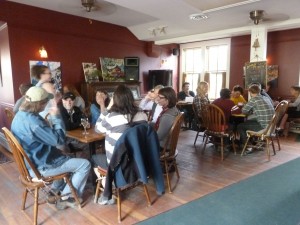 A Fun Night Of Trivia At Bombay Peggy's 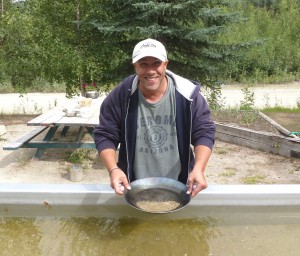 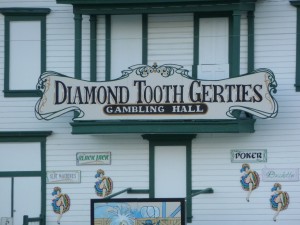 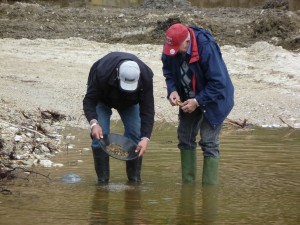 There's Gold In Them There Hills-Real Prospectors 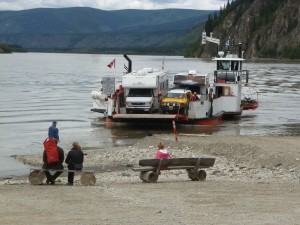 River Crossing Yukon Style (And The Way To Alaska From Here) 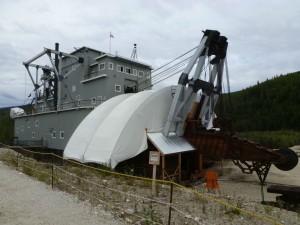 A Huge Gold Dredger. There Were 14 Of These Working In The Yukon At One Point. This One Was One Of The Last. Abandoned In The 1960's It Was Left To Decay Until The 1990's When Parcs Canada Restored It 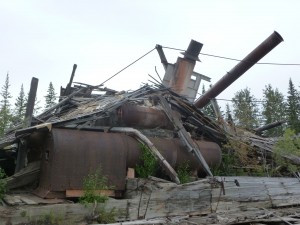 On The Other Side Of The River From Dawson City, Is The Paddle Wheel Graveyard. Five Paddle Wheel Ships Were Abandoned Here In The 1960's When They Became Obsolete. 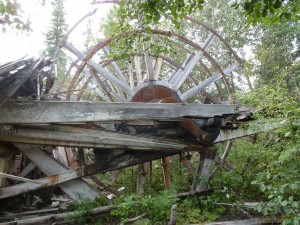