So how come all those other parks got squished into one post and Bryce gets its own post–simple, because it deserves it! All national parks are beautiful, but some are really special and Bryce is one of those places. I never like to compare, so I won’t, but I will say that Bryce is unique. Part of it’s unique appeal is the way the sun rises and sets on the Hoodoos in the Bryce Amphitheater, it’s nothing less than spectacular.

It would be an incredible place on any given weekend, but the fact that I was there during the astronomy festival made it extra special. I saw another galaxy, Venus, Mars and Saturn. I listened to lectures on the Mayan calender and black holes and enjoyed one awesome hike after another. They certainly weren’t easy hikes, partly because much of Bryce is at an elevation of over 8,000 feet so you’re kind of out of breath just sitting down or riding the shuttle bus.

Lodging in the national parks can be reaally hard to get, most people book them up to a year in advance, so you can imagine how thrilled I was that I got a cabin, right on the rim of the canyon a week before I arrived. The national park lodges are old and elegant. They also almost always have incredible restaurants and Bryce was no exception.

I figured out a trick a month or so ago and its been working perfectly. I do a hike early in the day when all of the other tourists are still sorting themselves out and then disappear midday when the park is overrun by tour buses, only to return at around 6:00 when they’re all in the dining room having their dinner. The restaurant opened at 5:00 for dinner so I did the early-bird shift and then hit the trails for a perfect end of the day hike when the light is best, especially in Bryce. So here are my favorite photos from one of the most impressive national parks of them all. 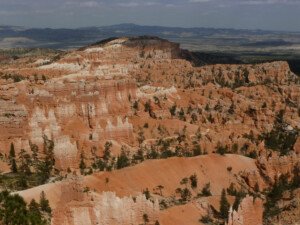 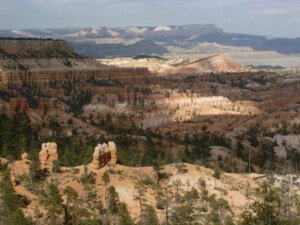 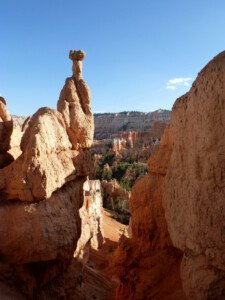 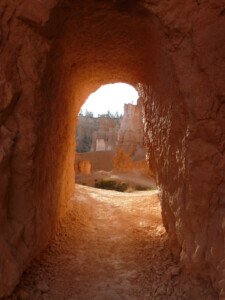 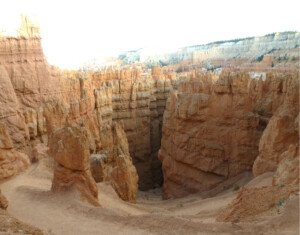 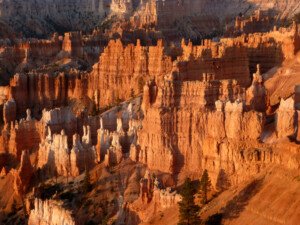 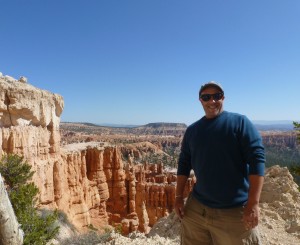 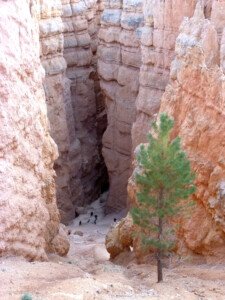 Hiking up from the canyon below at an altitude of over 8,000 feet was exhausting and awesome 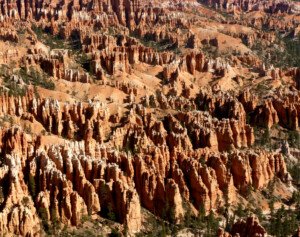 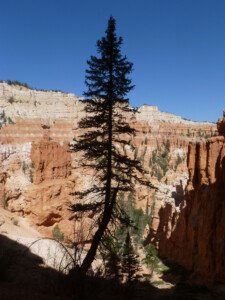 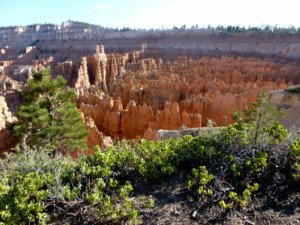 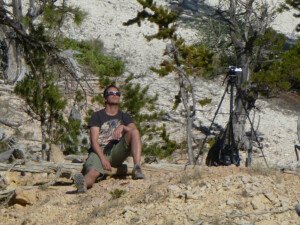 Getting ready for the eclipse 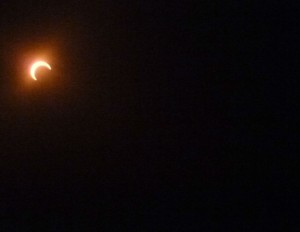