Getting Out of Dodge-Phase I

When the spring thaw hits, I’m outta here!  There are a few stars that need to line up in order for that to happen, but I’m confident they will. The first one being, I’ll need to move out of my rented loft in the West Village two months early.  I don’t anticipate that being a huge problem since it’s a rockin apartment and I’m hoping some twenty year old Russian model or trendy media buyer will be happy to fork out a tidy sum to live in what many consider NYC’s most happening hood 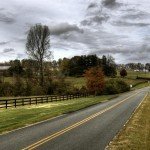 In the weeks ahead I’ll need to investigate several very important things:

1. I have to decide where all my worldly possessions are going to live.  It’s a little scary thinking about everything I own hanging out in a dark storage facility for months on end all alone.  The TV wondering why it isn’t playing our favorite shows anymore, the Bose Sound Dock thinking why has it been so quiet for so long and all of my beloved tchotchkes wrapped up and packed away in boxes wondering why they haven’t seen me in a while.

2.  I need to buy a car, well actually I’m leaning more towards a big pimped out SUV, I know not terribly environmentally friendly, but I figure I’ve stored up a huge carbon footprint credit by living in the city and taking public transportation all these years.  The last time I bought a car was ahem, in 1985. It was a brand new Honda Accord and it cost around $8,000 if I’m not mistaken.  Cars cost more than that now, but in all fairness they do a lot of very cool things that they didn’t back in they day.  GPS, video rear view mirror, ipod docking station, satellite radio and other fairly awesome features.

I remember my first car that we all fondly referred to as “The Black Bomb”  It was a 1969 Ford Torino I bought for $500 from Vinny the owner of the gas station around the corner from where we lived. The right side had been completely smashed in, which never really seemed to bother me, since it did what your first car is supposed to do, get you from Point A to Point B without the involvement of a parent.  Poor Vinny, probably lost money on that car, since every time it broke down, which it did frequently, he had to come pick me up and tow the car back to the garage.  I’m hoping my new car wont need me to open the hood very often and stick a pen in the carburetor in order for it to start–I’m guessing it probably won’t.  The other thing is I don’t think I’ll do is glue little plastic smurfs to the dashboard of my new SUV.  Did I really think that was cool to do back then?  Apparently I did.

3. Lastly but probably most importantly, I need to decide where I’m going.  This is a pretty daunting task, and an incredible one to have.  I can get in my new car and go ANYWHERE I want to!  Wow, that’s so amazing!  Do I head North to Maine, Acadia National Park and the islands around Newfoundland?  Do I head South towards Alabama and Louisiana?  Should this young man go west towards the great open plains?  What about driving up the West Coast through Oregon and Washington States, possibly into Canada, through the Yukon territory and onward to Alaska?  The answer is YES to all!  I want to see all of it, every national park, every scenic byway, every cool little museum, every beautiful spot across America!  Why do I suddenly feel like singing:

This land is your land; this land is my land
From California, to the New York Island
From the redwood forest, to the gulf stream waters
This land was made for you and me

Right now I’m sitting on my couch surrounded by my Atlas and assorted travel planning guides, Lonely Planet USA, 1,000 Places to See in the USA & Canada Before You Die, National Geographic Guide To Scenic Highways & Byways and others.  I can close my eyes and picture myself driving along a beautiful road in the middle of nowhere, a smile on my face and a song starts coming from my mouth without me even realizing I’m singing it