Well this was certainly the most dramatic destination so far for a number of reasons. I’m going to start out by saying Montreal is a little like Vegas in terms of “What happens in Montreal, stays in Montreal! Not all of it of course. I’m starting to think that I might need a password protected section of the blog; perhaps a “members only” part or maybe I’ll just start a secret underground blog.

Most of you already know about the car break in/theft incident which was sucky, but all part of  life on the road I suppose. I figured my car would get broken into and stuff might get stolen at some point, but I never figured it would happen in Canada. What’s up with that? Canadians don’t steal.

On my third morning in Montreal I came down for breakfast at the B&B where I was staying and Andre the owner greeted me by saying (in a French accent–just needed to point that out, it sets the mood) “Good morning Marc the breakfast will be ready in a few minutes and oh I think someone broke the window on your car” At first I didn’t react because he said it so casually you would have thought he was asking me if I wanted apple or orange juice! “I’m sorry what Andre, did you say someone broke the window of my car”? “Oui”   OK so a normal reaction to this should have been, I don’t know maybe come and knock on my door as soon as he saw the broken window and tell me, especially since there were other bags still in the car. I went outside and indeed the rear passenger window had been smashed in and three bags had been stolen. Wow, a very unpleasant way to start the morning to say the least!

Somewhere in Montreal there are one or several mighty happy criminals. Those of you who know me well, know that I travel with my own personal pharmacy, Duane Reade doesn’t have anything on me. When I left NY, I thought well I might as well bring a lot of this stuff since I don’t want to put it in storage and there’s no point throwing away perfectly good pharmaceuticals. So I had my stomach trauma pills and some percoset from when I had my hernia surgery and a few muscle relaxers for the back pain I’ve had for the past two months. Now just so we’re clear I brought these pills in the event my back went out again or I needed a serious pain killer in an emergency. I didn’t think they would wind up in the hands of some Canadian crack whore! Oh what you think a nice person stole my stuff?  Doubtful.

Since I can’t claim any of this on my homeowners or renters insurance, probably due to the fact I don’t currently have a home, I figured why bother with a police report, the insurance company didn’t need it for a glass claim.  On second thought however, what if said crack whore wound up dead in an alley clutching one of my pill bottles, probably a good idea to report they were stolen. I think I’ve watched too many episodes of Law and Order SVU over the years.

Before doing that I had to first figure out where the police station was and who was going to fix the broken window. Andre put forth the absolute minimum effort with assistance.  He wrote down the number of the police station and the name of somewhere to get the window fixed.  Now I realize he’s certainly not obligated to help in any way, but as an inn keeper it’s probably a good idea to extend yourself a bit when something like this happens.  I made the calls and ate my breakfast at the same time, never once did he ask if there was anything he could do.  Here is my favorite part, I made the appointment with LeBeau the glass place and was ready to head off to the police station and Andre blurts out “Can we please settle ze beel”  “Andre. I’m staying another night, can we do it tomorrow”  “Well I prefer to do it now, so I can close out my week” OK, seriously dude you need to go back and take remedial inn keeping over again!  I wanted to punch him in his little French wiener.  “I kind of need to take care of the car right now can we do that later”   I said it in a voice you would use if you were talking to a two year old,  just to emphasis my point. I think he got it.

So I wander off to the police station, start filling out the report and talking to the policewoman. I noticed that she had a very deep voice and rather large hands. She was very pretty but big and not in a big butch lesbian cop sort of way either, just big and tall. So we’re chatting away and she’s asking me where I’ve gone out and then proceeds to tell me that this bar is good on this night and I should go to Parking or Stereo (two nightclubs).  This is not the usual conversation you have with a cop when filling out an accident report I’m guessing. The best part was that she asked me if I’d been to Maddo the Drag Bar. “No not yet” “Oh you should go, I’ll be there tonight but you might not recognize me, that outfit is different than this one” No way! The transgender cop also works at the local drag bar! That alone almost made it worth getting robbed. I did go the next night and I’m pretty sure she was the MC, but I left before the end of the show so was never able to verify it, however in my mind it was definitely her!

So what else did I do while I was in Montreal other than visit the police station, deal with annoying B & B owners and visit repair shops? Museums, a dance festival, a lot of wandering through old Montreal, great rat galleries, the port area, but somehow those pictures don’t seem to fit the real experience I had in Montreal , so the pictures below represent reasonably well my week in Montreal.  Remember, sadly a lot has to be left out–there are parents reading this blog and not just mine! Just know this,  their “Village” is SOOOOOO much better than ours!! It’s basically New York in the 70’s meets Sodom and Gomorrah–in a good way, a really really good way!  See for yourself: 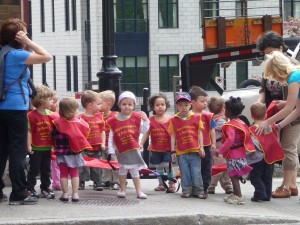 My first photo in Montreal, adorable little school children in orange safety vests. I hope that kid's eye isn't really like that and he's just making a face 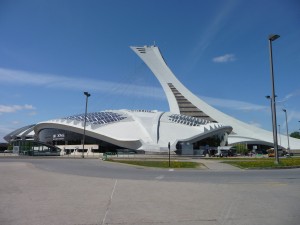 A shot of the Olympic Stadium really cool architecture 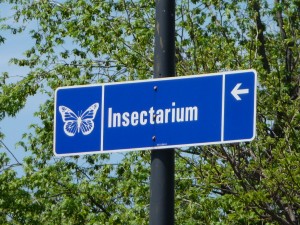 Do you think this is where Canadians send their mentally ill insects? 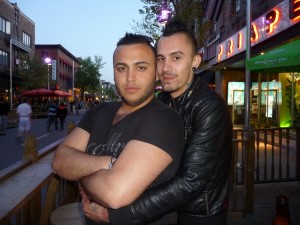 Mean Girls! There's A LOT more behind that statement, I'll leave it up to your imagination 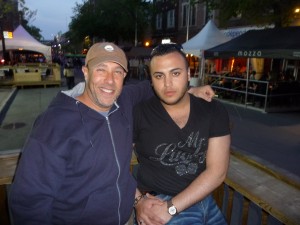 I look like the Mayor of a small town in Iowa! 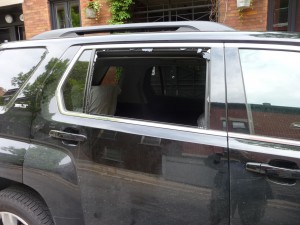 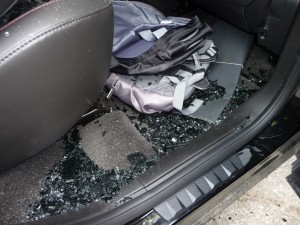 Scene of the crime 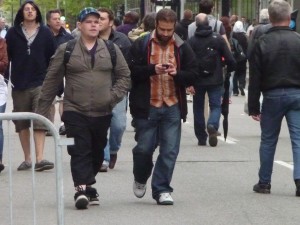 St. Catherine Street, the main "drag" through the village. It's pedestrian only and from what I'm told the longest "gay" street in North America 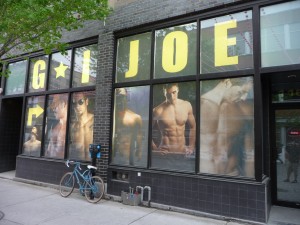 I have no idea what goes on in there, or do I ? 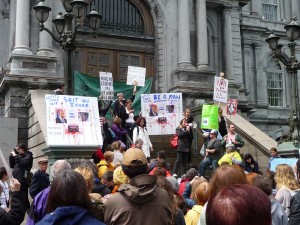 A little Canadian political unrest. They were protesting unfair treatment of animals and trying to close down a "puppy mill" 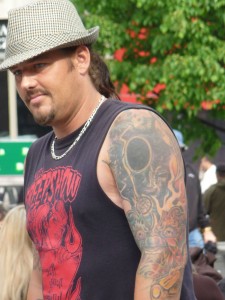 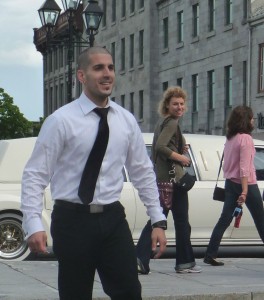 Sexy limo driver--apparently the girl passing by thinks so too ! 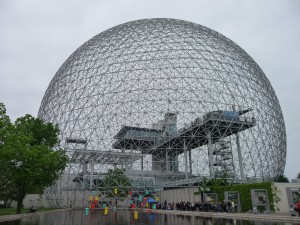 How cool is this? It's the Biodome Museum now, but it was part of the 1967 Montreal Expo, which was the last time I was in Montreal!

The rest of the photos were taken at the “Accidental Rave” I found while trying to be a good tourist, see museums and wander around the park. That plan was done once I heard the call of the techno beat through the forest. Could I see the forest through the trees? Nope, but I could certainly hear it! 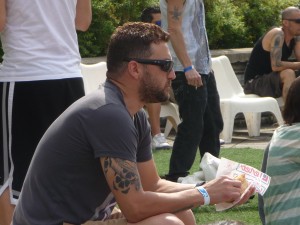 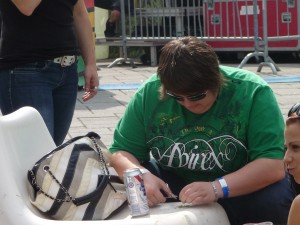 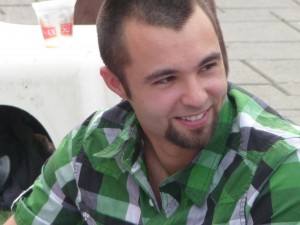 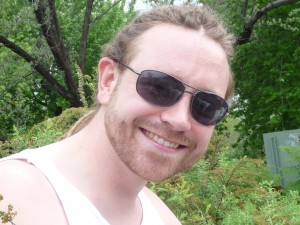 Robert, the nice German boy. We hung out and had a beer or two or five 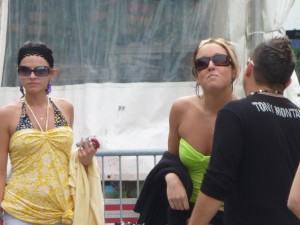 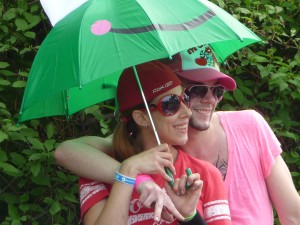 How cute are they with their little frog umbrella ? 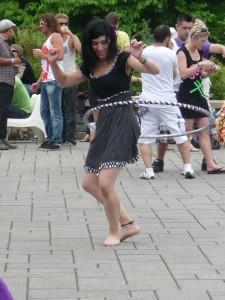 This girl was awesome and having so much fun!!! 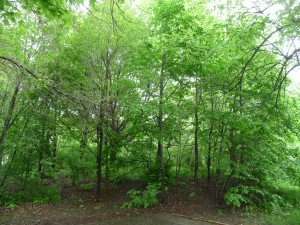 Just so you understand this is where I was when I heard the music. I've hiked in a million different places and seen a lot of interesting things, but a techno party, that's a first for sure 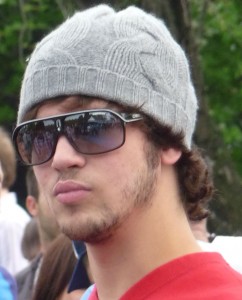 I know, I know I just couldn't help myself they were EVERYWHERE 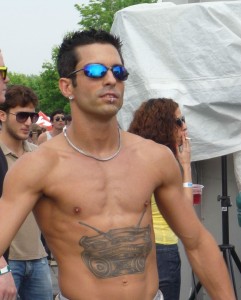 I had to take this one, a boom box tattoo on his stomach, awesome!!!! 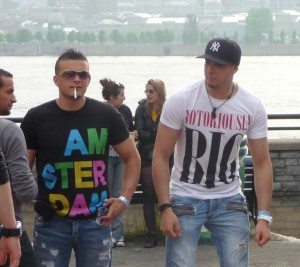 That's Montreal behind the big boy, the party was in a park on the other side of the river 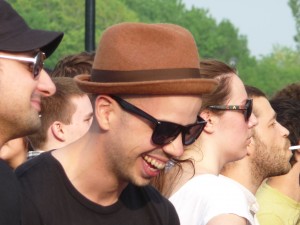 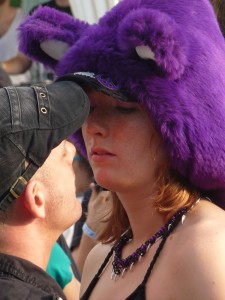 I just kept thinking, wow she must be really hot in that hat, it's 80 degrees out here ! 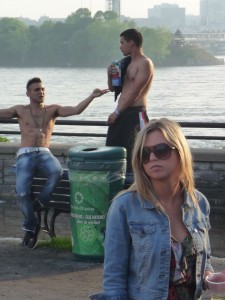 I'm bored, too bad I don't know there are hot, shirtless drunk guys standing right behind me 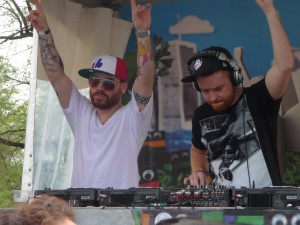