Seventeen years ago, I stayed at the Rain Forest Resort Village on Lake Quinault with my friend Jen. I always remembered it being pretty and remote and that we liked the resort, but none of the details. The only reason I remembered the name of the place is because I have a coffee mug from there. It was never one of my favorites, a little too small for a proper cup the way I like it, but I did like the mug so I never threw it away (or any of the other 50 or so coffee mugs from across the globe that I have). The resort was even better than I remembered it and it was in the perfect location, which is why I was there for four nights instead of the one that I planned.

I’m always hesitant to go back to a place that I really enjoyed, I’m afraid that it will have changed a lot or won’t be as incredible as I remembered it. That wasn’t really a problem this time since everything about this part of the world was perfect! The resort was AWESOME! I had a lake view cabin that was discounted (it is the end of season you know) and really nice, the trails and forest were magnificient. If you ever wondered what the world looked like when it was new, I can’t think of any place that feels more pre-historic than here, I kept expecting a pterodactyl to fly over my head.

The weather was not to be believed, for someplace that gets 12 feet, yes that’s right 12 feet of rain every year it was sunny and beautiful almost the entire time I was there. If that weren’t enough, the restaurant was fantastic. The chef has been whipping up amazing dinners at the resort for 14 years. The season was winding down, but the restaurant was packed every night.

I did a total of five hikes, four in the Quinault Rain Forest and one in the Hoh Rain Forest. I wish I could have done a dozen more! 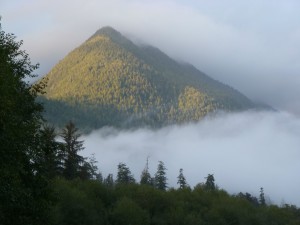 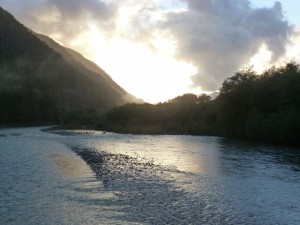 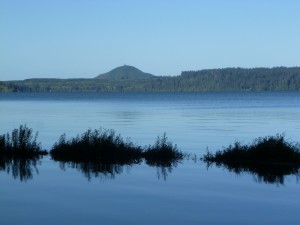 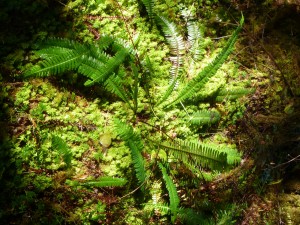 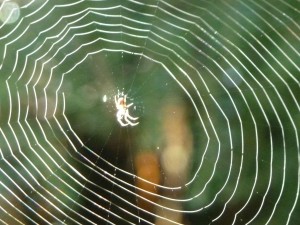 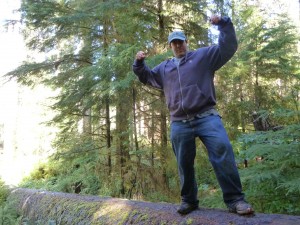 Conquering The Mighty Fallen Sequoia That Was Part Of The Trail 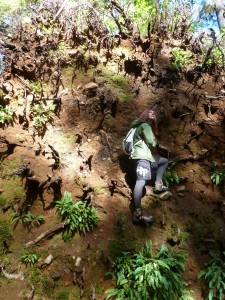 Petra On Nature's Climbing Wall, It's An Over-Turned Tree, Those Are The Roots At The Bottom Of The Tree She's On 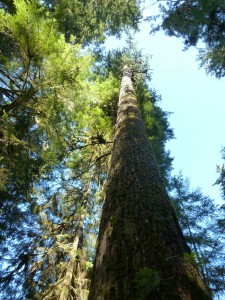 Olympic National Park Is Home To Some Of The Tallest Trees in The World! 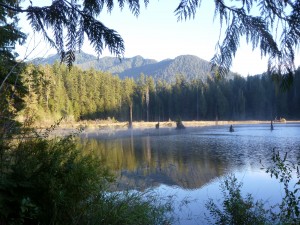 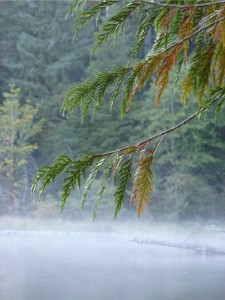 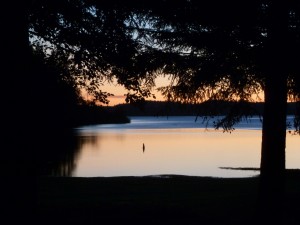 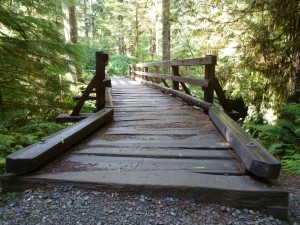 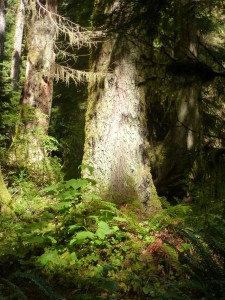 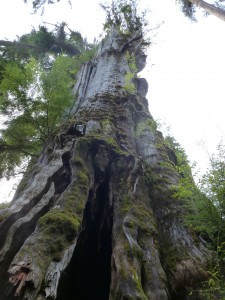 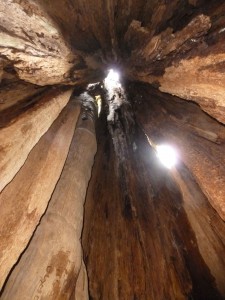 A View Inside The Spruce ( It's Hollow) Almost 1000 Years Old 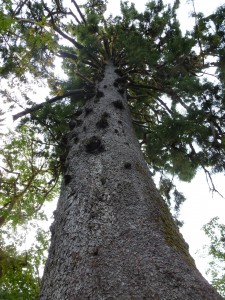 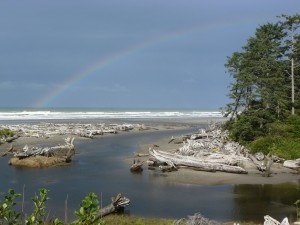 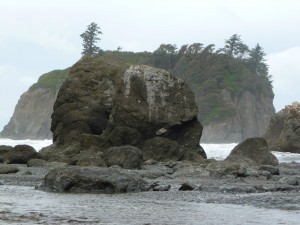 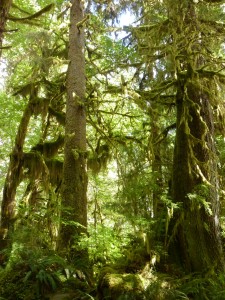 Hiking In The Hoh 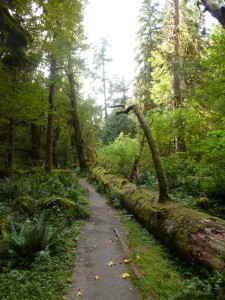