The Butchart Gardens on Vancouver Island

The Buchart Gardens are the most visited tourist attraction on Vancouver Island, that alone was enough to make me not want to go. It was a perfect sunny afternoon for a stroll however, so I decided later in the day that it probably wouldn’t be that crowded and there must be something to them if they’re that popular. I drove the half hour or so out to the gardens and as I pulled up to the entrance gate my mouth dropped open, the smiley little girl at the gate greeted me and said “Welcome to the Buchart Gardens” to which I replied “Does that say $29.00 to get in?” “Actually with tax its $32.48″ ” Do I at least get a souvenir plant or rose bush?” She smiled politely. I was there already and I just sucked it up even though I was thinking really $32.48 to look at flowers!

I was kind of annoyed for the first 15 minutes or so and even though I still think it’s outrageous to charge that much to get in, I’m giving an official “Boo” to the Greedy Buchart family for that, the garden is one of the most beautiful places I’ve ever seen. Following the photos is a history of the gardens which is really pretty amazing! 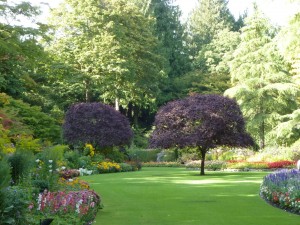 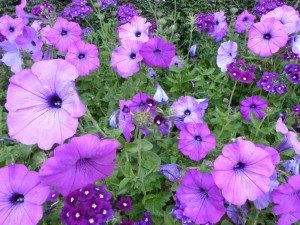 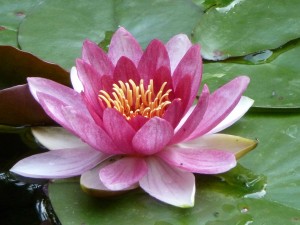 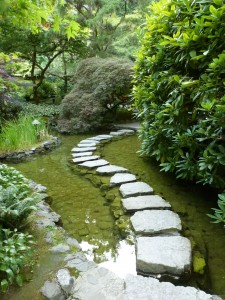 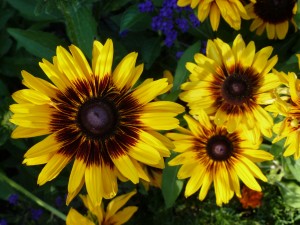 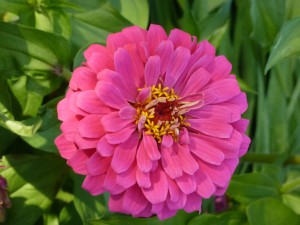 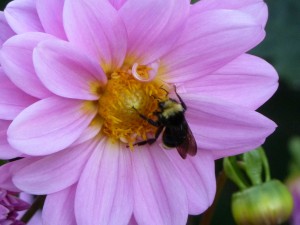 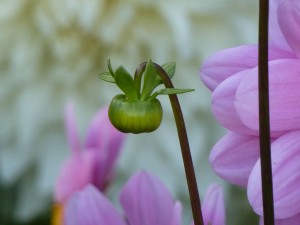 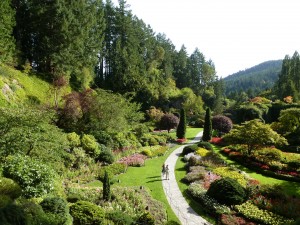 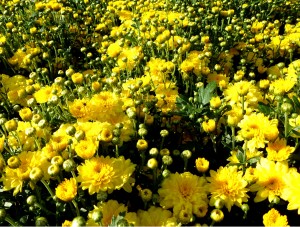 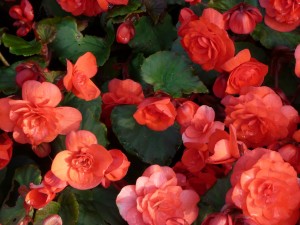 In 1888, near his birthplace, Owen Sound, Ontario, the former dry goods merchant, Robert Pim Butchart, began manufacturing Portland cement. By the turn of the century he had become a highly successful pioneer in this burgeoning North American industry. Attracted to the West Coast of Canada by rich limestone deposits vital for cement production, he built a factory at Tod Inlet, on Vancouver Island. There, in 1904, he and his family established their home.

As Mr. Butchart exhausted the limestone in the quarry near their house, his enterprising wife, Jennie, conceived an unprecedented plan for refurbishing the bleak pit. From farmland nearby she requisitioned tons of top soil, had it brought to Tod Inlet by horse and cart, and used it to line the floor of the abandoned quarry. Little by little, under Jennie Butchart’s supervision, the abandoned quarry blossomed into the spectacular Sunken Garden.

By 1908, reflecting their world travels, the Butcharts had created a Japanese Garden on the sea-side of their home. Later an Italian Garden was created on the site of their former tennis court, and a fine Rose Garden replaced a large kitchen vegetable patch in 1929.
Mr. Butchart took much pride in his wife’s remarkable work. A great hobbyist, he collected ornamental birds from all over the world. He kept ducks in the Star Pond, noisy peacocks on the front lawn, and a curmudgeon of a parrot in the main house. He enjoyed training pigeons at the site of the present Begonia Bower, and had many elaborate bird houses stationed throughout Jennie’s beautiful gardens.

The renown of Mrs. Butchart’s gardening quickly spread. By the 1920s more than fifty thousand people came each year to see her creation. In a gesture toward all their visitors, the hospitable Butcharts christened their estate “Benvenuto”, the Italian word for “Welcome”. To extend the welcome, flowering cherry trees along Benvenuto Avenue leading to The Gardens were purchased from Yokohama Nursery in Japan and installed from West Saanich Road to The Butchart Gardens’ entrance.

Their house grew into a comfortable, luxurious showplace, with a bowling alley, indoor salt-water swimming pool, panelled billiard room and a wonder of its age, a self-playing Aeolian pipe organ (still played on Firework Saturdays ). Today the residence contains the Dining Room Restaurant, offices, and rooms still used for family entertaining. From January 15 to March 15, a special re-creation of the family house is showcased.

The family tradition of acquiring objects when travelling has continued. The Fountain of the Three Sturgeons and the bronze casting of the wild boar are both from Florence, Italy. Both were purchased by Ian and Ann-Lee Ross in 1973. The fountain is a casting made from a much smaller fountain created by Professor Sirio Tofanari in 1958. Other works by him include the little donkey and the foal that stand close by the statue of the wild boar on the Piazza in front of the Butchart Residence. The boar is a rare bronze copy of a casting of the marble statue displayed in the Uffizi Gallery in Florence. This bronze known affectionally as “Tacca,” in honour of Pietro Tacca, the artist who created the statue in 1620. His snout is finely burnished by thousands of visitors who give it an affectionate rub for good luck. Tacca is dedicated to all the children and dogs who visit The Gardens.

Each year over 1,000,000 bedding plants in some 700 varieties are used throughout the Gardens to ensure uninterrupted bloom from March through October. Close to a million people visit each year, enjoying not only the floral beauty, but the entertainment and lighting displays presented each summer and Christmas.

The only surviving portion of Mr. Butchart’s Tod Inlet cement factory is the tall chimney of a long vanished kiln. The chimney can be seen from The Sunken Garden Lookout. The plant stopped manufacturing cement in 1916, but continued to make tiles and flower pots as late as 1950. The single chimney now overlooks the quarry Mrs. Butchart so miraculously reclaimed.

The Butchart Gardens remains a family business and has grown to become a premier West Coast display garden, while maintaining the gracious traditions of the past. Today the Gardens has established an international reputation for its year round display of flowering plants.

This blog post dedicated to Rose Robbins and Joan Ebenstein, my Grandmother and Great Aunt, they would have LOVED this place!