Anyone who knows me, gets that I’m the epitome of a NYC culture vulture. I love it all, film, theater, art exhibits etc. So now that I’m planning to leave Gotham for a while, I’m really trying to pack in as much as I can in anticipation of “The Middle” being a culture free zone. This weekend there were cultural events on Friday, Saturday and Sunday, a veritable trifecta of entertainment. First up, the revival of Tony Kushner’s Pulitzer Prize winning play Angels in America: A Gay Fantasia on National Themes at the Signature Theatre.  I was a little hesitant to see this amazing play again for several reasons. First of all the original production was simply incredible!  When it hit Broadway in1993 after having played to sold-out houses in San Francisco and London it arrived in New York to tremendous fanfare. The original cast consisting of: Stephen Spinella, Marcia Gay Harden, Joe Mantello, Jeffrey Wright and Ron Leibman was sheer perfection. 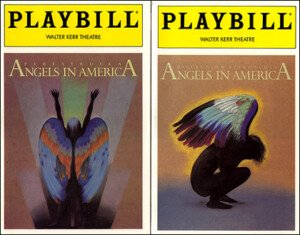 There hadn’t been anything like it on Broadway before (or after as far as I’m concerned).  There were two shows tackling the AIDS crisis prior to these but neither were on Broadway.  Larry Kramer’s The Normal Heart premiered in 1985 at The Public Theater and Falsettoland by James Lapine and William Finn opened in 1990 at Playwrights Horizons.

Two other reasons I was hesitant to see it were, it’s length and my skepticism about reviving a show like this. The running time of Part :1 Millenium Approaches is 3 hours and 15 minutes and Part 2: Perestroika is 3 hours and 45 minutes. Do the math, a combined running time of 7 hours!  Given that I’m a huge fan of anything thats 90 minutes with no intermission, I found this massive theatrical undertaking more than a little daunting.  The other reason I was hesitant, was that it’s  an Off Broadway production and I couldn’t imagine how they were going to pull this off on a small stage.

All I can say is that everything I thought was wrong!  After premiering 17 years ago on Brodaway Angels in America (at least part 1) is as compelling, amazing and relevant as is was almost two decades ago. The staging is magnificent as is the cast and the special effects. I totally understand why it got such incredible reviews when this pitch-perfect revival opened a few months ago. I could hardly believe that three and a quarter hours had passed when it ended and found myself wishing it would continue. That doesn’t happen all that often.  I can hardly wait for part 2 next week!

The second event of the weekend was at St. Ann’s Warehouse.  It was a production of Beautiful Burnout by the National Theatre of Scotland.  They’re the same company who did Black Watch at the Barbican in London. I saw Black Watch when I was there and was completely mesmerized by the raw energy of the piece. 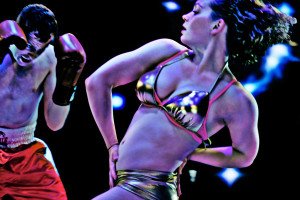 St. Ann’s is one of my favorite performance spaces and everything I’ve seen there, I’ve enjoyed tremendously. So between that and the fact hat I had just been to a performance by the National Theatre of Scotland that was great, the bar was set pretty high for Beautiful Burnout, unfortunately it didn’t clear the hurdle.  It was definitely an interesting concept and there were some very good performances and some excellent scenes, however the story itself fell flat. I’m glad I saw it but it was not what I had hoped for. I did enjoy the original music performed by Underworld, a favorite group of mine. There were some fantastic songs but the title track is the standout for sure.

The last event of the weekend was an art exhibition called Pulse at The Metropolitan Pavilion.  ﻿It was part of a much larger art event that took place this weekend. The show was contempary and there were some really interersting pieces. Of course as always there were lots of very self-indulgent arty types wandering around making very pretentious comments to one other, which is mostly just amusing.  Below are a few of my favorites from the show. 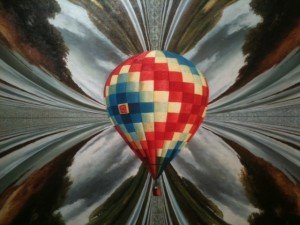 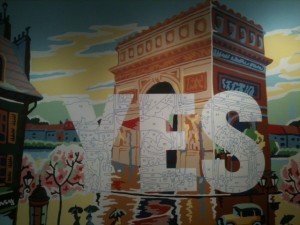 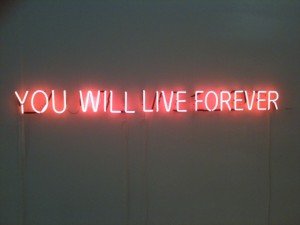 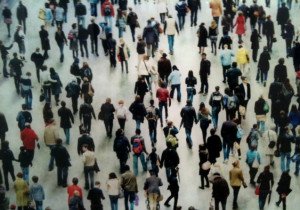